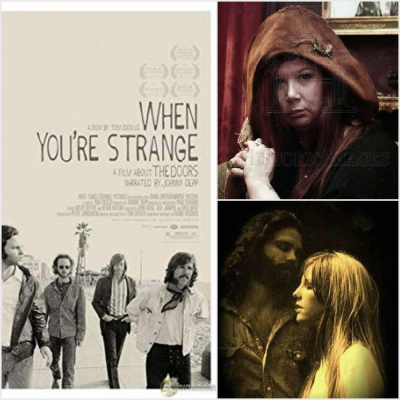 Patricia Kennealy’s “relationship” with Jim Morrison is summed up in twelve seconds in the Doors-approved documentary When You’re Strange:

“Pam Courson returns to L.A. from a vacation in Paris. She discovers Jim sleeping with a woman who claims they were married in a Pagan witch ceremony. But the witch flies back to New York and Jim goes back to Pam.

Pam still envisions a life for the two of them, which starts with Jim leaving The Doors.”

They don’t even mention Kennealy by name.

Video link to When You’re Strange, part 6 of 6 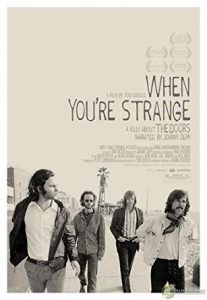 Perhaps Kennealy’s behavior leading up to the time Pamela discovered Kennealy in her home with Jim had something to do with that.

Much to Miss Kennealy’s obvious dismay. Her obvious and vicious dismay.

This documentary was made and released after Kennealy’s “memoir” flopped and after Kennealy posted a steady stream of libelous, self-serving and delusional online rants on her now-defunct website.

Kennealy repeatedly made public attacks on the late Pamela Courson and her grieving family and bragged about sending roses to The Doors’ Rock-n-Roll Hall of Fame induction ceremony and then signing the card from Jim Morrison and herself when Kennealy was well aware that Jim Morrison’s sister Anne would be attending the ceremony and accepting the Hall of Fame award on her late brother’s behalf.

Despite her claims, the flowers and card were not meant as a kindness. This clearly was Kennealy’s response to Jim Morrison’s estate putting a halt to Kennealy’s plan to publish letters she claimed to have received from Morrison, letters that were reportedly forged by Patricia Kennealy.

It would seem that the twelve seconds discussing “the witch” was Jim Morrison’s former band mate’s way of responding to Kennealy and they made their point.

When You’re Strange was released in 2009. As fate would have it, that is the same year Kennealy agreed to an interview where she again asserted her thoroughly discredited claims and went on about all of the “ignoramuses” who dare to think that she is perhaps less than honest when it comes to the topic of Jim Morrison.

“Patricia Kennealy wrote a book where she viciously murdered the other Doors by filling their guts with bees, de-boning them alive, or flaying them and having their skins turned into a saddle… for pretty much ignoring her. That’s not a sign that someone doesn’t have issues.”

– Robby Krieger, from Krieger’s memoir Set The Night on Fire 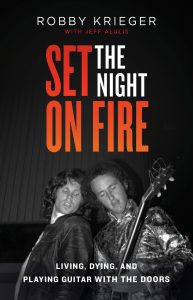