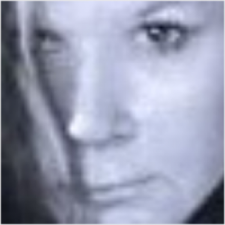 “In the line of critical duty [Patricia Kennealy once worked as a critic for a pop music magazine for a brief period of time] I HAPPENED to meet Jim Morrison in an interview situation, during which both he and I behaved with total professional correctness.”

“I went up to the Plaza Hotel to interview Jim – I was a major Doors fan – and POW!

INSTANT karma got us BOTH!

LOVE AT FIRST SIGHT!! (Though I must say I kind of already knew what was going to happen).”

In 2013, however, Miss Kennealy revealed to Mongrel Patriot Review HOW she “kind of knew” she would “happen” to meet Jim Morrison:

“There was never ANY question of my NOT meeting Jim. I KNEW it was going to happen the INSTANT I laid eyes on him.

LONG BEFORE I EVEN GOT THE JOB AT JAZZ & POP.”

This sounds more like Patricia Kennealy laying siege to Jim Morrison without Morrison knowing what Kennealy’s true intentions were.

And I guess Kennealy failed to mentioned her “POW! KARMA! LOVE AT FIRST SIGHT!” story in her…”memoir”?

“I’ve read Kennealy’s book about her romance with Morrison. I don’t remember ANY of this coming up in it at ALL. And given the scarcity of the actual time she spent with him, you would really think she would mention EVERYTHING.”

As far as Kennealy’s letter to the New York Times; daggers in desks, creepy photos, creepy letters, voo doo dolls made in the image of Pamela Courson, the actual paternity of Kennealy’s unborn child believed to be very questionable by a former friend and eye-witness to Kennealy’s aggressive confrontations with Morrison…

I believe it is safe to say that Kennealy’s behavior became a lot less “professional” and a lot less “correct” after Jim Morrison stopped communicating with her.

I’d also like to thank the self-professed “feminist” for revealing what appears to be her true motivation for taking the job with Jazz & Pop. (“Strong independent woman”. Unlike Pamela. Yeah. Right.)

“I went up to the Plaza Hotel to interview Jim – I was a major Doors fan – and POW! Instant karma got us both: love at first sight!!”

That’s funny, because this is how Leon Barnard, The Doors’ publicist, remembers Kennealy’s “instant karma” moment:

“I think Jim’s main interest was getting a review of his poetry books.”

Frank Lisciandro was one of Jim Morrison’s closest friends until Morrison’s death in 1971. 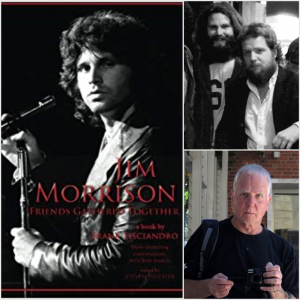 Frank Lisciandro: Did you have the feeling that there was a strong relationship going on between Jim and Patricia Kennealy when you went to pick Jim up at her apartment? I mean; were they reluctant to part? Were they lovey-dovey?

Leon Barnard: “Oh, no. I mean when I got there…she lives in a very casual apartment in New York. No, it wasn’t at all like that. I don’t think any claims were placed on either one of them, by either one; just like, ‘we’ve had three days of fun or just being together’. I didn’t feel there was any special connection between the two of them.”

Lisciandro: She did the interview with Jim. What was that interview like? Did Jim give her a good interview?

I think Jim’s main interest was getting a review of his poetry books.”