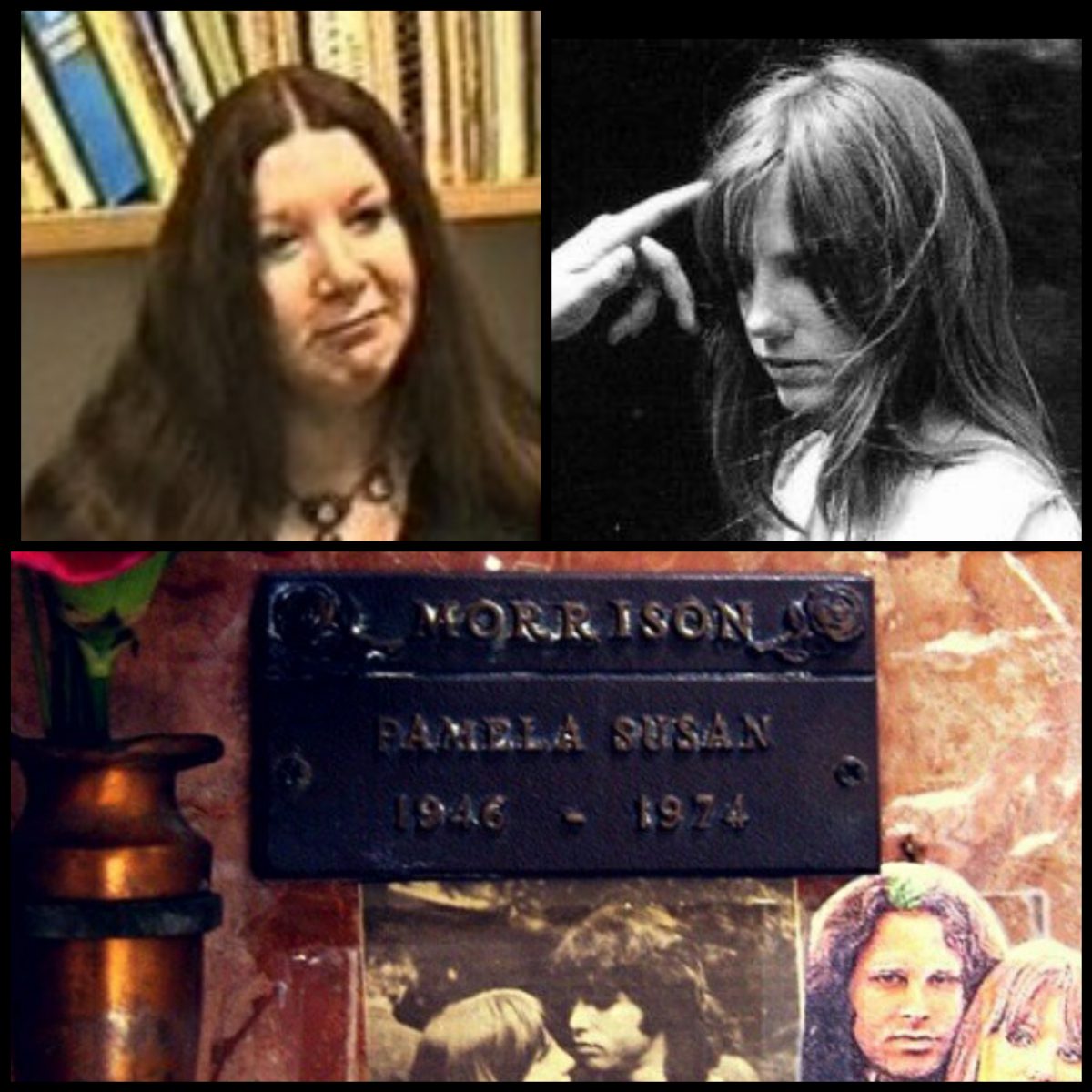 “I forever bless and pray for her – oh yes, I NEVER joke about stuff like that!”

What a kind sentiment. 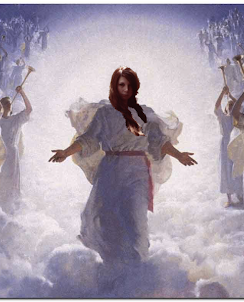 However, Miss Kennealy apparently forgot her heartfelt vow to “bless and pray” for Pamela Courson and it appears she is more than willing to joke about “stuff like that”:

“Although he posted a nice follow-up piece he blows it all to hell by mentioning that junkie hooker  and their ‘common-law marriage’.”

“Pamela herself being the female Hollywood WHORE in Jim’s life, of course.”

“..admitting to her (ME! ME! ME!) that he went back to Pam like a dog returning to its own vomit!”

“She  was a slut all during her relationship with Jim and she became a hooker after his death.”

“I WASN’T AROUND PAM THAT MUCH, I ONLY MET HER A COUPLE OF TIMES.”

“I am informed by one of our own that Columbus B. ‘Corky’ Courson, father of the late Pamela Susan Courson, died a few days since at the age of 90. I wouldn’t say I’m doing a little dance of joy and delight or anything, considering how he pimped his whorish junkie murdering daughter.”

It is worth noting that these statements were made on a public platform with Miss Kennealy apparently not caring that those who were grieving and deeply affected by Pamela Courson’s death, as well as her father’s death – and not to mention, the media – would have access to these statements.

And that the tale of Pamela Courson becoming a “hooker” after Jim Morrison died seems to have originated, at least publicly, with Patricia Kennealy.

Given that Patricia Kennealy has been repeatedly called out over her inability to be honest and since Kennealy’s object of obsession would actually appear to be Pamela Courson rather than Jim Morrison…I find this claim to be less than believable.

I have ALWAYS credited Pam with EXACTLY what she deserves, the good as well as the bad — though I don’t expect to be given credit for that either.”

“Credit for what??? Being able to insult Pamela Courson at length without a break, but being unable to compliment her without leavening it with an insult?

And who decides what Pamela Courson ‘deserves’?

Certainly not a woman who had and still has a vested interest in seeing the absolute worst in her, dead or alive.”

“Kennealy is leaving out that Pamela Courson apparently had signs of mental instability and depression after Morrison died, that she was basically lost.”

“I truly hope I’m wrong; I hope they [the surviving members of The Doors] all did comfort Pam extensively in whatever grief she might have been feeling.

Pamela was allegedly filmed at a party in L.A. a few weeks after Jim’s death, wearing not a scrap of black mourning and merrily drinking champagne on the lawn of the French consulate – well, perhaps she was really consulting with consular authorities about Jim’s grave.

Who are we to deny a girl a good time anyway?” 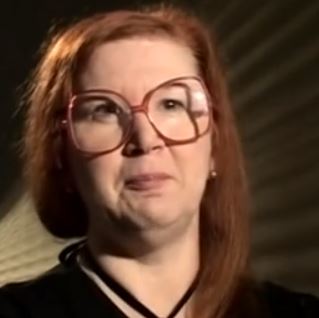 Whatever grief Pamela Courson “might” have been feeling, Miss Kennealy?

It would appear that even after Jim Morrison died Patricia Kennealy continued her focus on Pamela Courson – one can only assume that Kennealy remained, as seems to remain enraged, that Morrison chose Courson over her.

Kennealy has described herself as a feminist and has stated more than once that her short-lived careers means that she was, and still is, superior to Pamela Courson and has used her status as a “professional” as another reason for people to believe that she was Jim Morrison’s secret true love and that Courson meant nothing to him.

One would think that after Jim Morrison rejected Kennealy’s aggressive pursuit of him and left the United States to live in Paris with a woman with whom he had a long-term relationship that Kennealy The Strong, Independent Feminist would demonstrate if not some pride, then some basic common sense and begin the process of moving on rather than publicly slandering his conveniently deceased long-term companion and girlfriend.

But who are we to deny Miss Kennealy a good time?

Pamela Courson’s grief in the aftermath of Jim Morrison’s death:

”According to friends, she was very affected, she used to talk with Jim’s dog as if this was Jim himself, ‘She always talked about Jim as if he was still alive.’

As for Pam’s state of mind, her mother said that when she came back from Paris, she was almost ‘crazed’ and she spent days and days crying. She used to sit every night at her windows, watching ships coming along, hoping it was Jim, coming back to her. 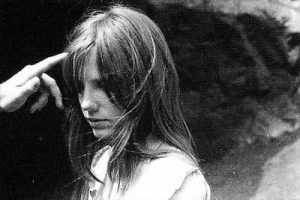 Her friends said that she used to sit near her phone waiting for ‘her old man’ to call her.

Diane Gardiner, who worked for The Doors and who was one of Pam’s close friends, was worried about how she was dealing with Jim’s death. The few friends that did not abandon Pamela after Jim’s death were advised to reassure her that Jim was away on tour in the U.S. and that he would be back soon.”

From Jim Morrison: Friends Gathered Together, by Frank Lisciandro:

Hill had written Pamela a letter of condolence after Jim’s death.

When he attended Pamela’s funeral Hill went through the receiving line and met Penny Courson, Pamela’s mother. Mrs. Courson asked him, “And who are you?”, Hill introduced himself.

Hill recalled that Mrs. Courson’s face lit up and she hugged him and said, “So you’re Babe!” Mrs. Courson explained that Pamela had shown her Hill’s letter of condolence and said, “Look Mom! He didn’t just love Jim he loved me too!”

As far as Pamela’s not being concerned about Jim having a proper headstone; she and then Doors’ manager, Bill Siddons, with the help of the late Agnes Varda, the legendary French filmmaker, whom Jim and Pamela met while living in Paris, worked together on a headstone for Morrison’s resting place: 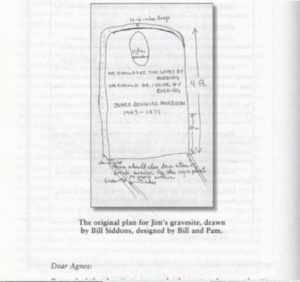 Inscription: “We should see the gates by morning, we should be inside by evening” (from Morrison’s song Not to Touch The Earth), James Douglas Morrison, 1943 – 1971 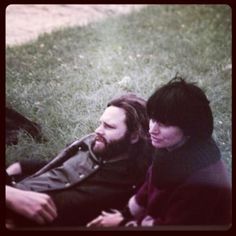 Whether this was due to legal or financial obstacles or due to Courson’s increased substance abuse due to her deep grief over Jim Morrison’s death, I don’t know.

But, Miss Kennealy can rest assured that, despite what her “sources” told her, that Pamela Courson was making efforts to provide a marker for Jim Morrison’s grave.

“Kennealy barely knew Pamela Courson, and she spent less than two weeks around Morrison. So how the hell would she know the long-term dynamics of their relationship or what Pamela did?”