“I carefully slit the end of the envelope and pour out the contents into my cupped hand. It is Jim’s wedding ring, the gold claddagh I gave him at our handfasting; nothing else is inside except the long gold chain on which it has been strung. It can only have been sent by one person, or so at least I think: Pamela Susan Courson. “

But then later Miss Kennealy had this to say on her now-defunct website:

“I never said she [Pamela] did [mail a ring to Kennealy], or even that I thought she did.”

“It can only have been sent by one person, or so at least I think, Pamela Susan Courson. “

I’m sorry Miss Kennealy, but that is precisely what you told people who bought your “memoir”.

“But I did want certain readers to think I thought she did. Because it was a trap. And my targets fell right into it.”

This, again, sounds like Kennealy simply rearranging her version of the truth and conveniently taking back one statement in order to make another self-serving statement in her quest to “prove” her claims regarding Jim Morrison.

The only problem for Miss Kennealy in this scenario is that these alleged…”wedding rings”…are according to Kennealy and Kennealy alone.

“I wondered what ring Patricia was talking about, since an Art Deco onyx and diamond chip was the only ring I’d ever seen her wear. Now, of course, I realize she must have been talking about the claddagh ring from the handfasting, but I don’t remember EVER seeing her wear it.”

– ‘Patricia Kennealy: Your Ballroom Days Are Over Baby!’, by Janet M. Erwin 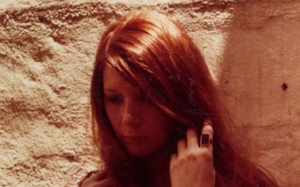 No one who knew Jim Morrison has ever gone on record saying that they remember Jim Morrison ever wearing a…”wedding ring”…given to him by Miss Kennealy. Not on either one of his hands or on a chain around his neck.

Oh and, Miss Kennealy? If you were having an argument with a “certain reader” or had a grudge against a “target” it would have been better if you dealt with that person on your own time rather than willfully lie to people who purchased your…”memoir”…all the while telling them that everything in it was true.